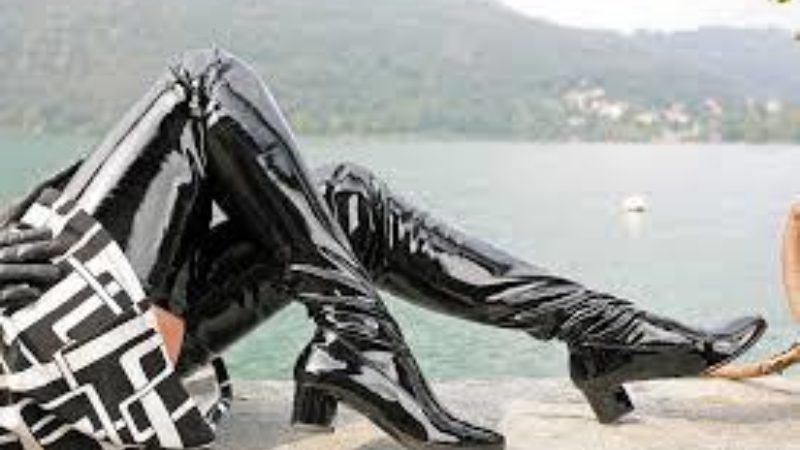 Yesterday, I went to visit my grandmother, Virginia Martin, in her new place at GreenFields. She is still fixing it up it with her own special touches. Gram always likes things a certain way, so everything looks just so. She could have been a decorator!

In one of her boxes, I found some old photo albums and started going through them. It’s weird to me that people used to have printed pictures. But it’s also kind of nice, because it’s like reading a book, the way you can turn the pages instead of swiping pictures on a phone.

One of the albums was from 1973. Gram was 41 years old and looked so beautiful. She still is at the age of 77, but it was really cool to see her so young, with her hair blonde and long. I also noticed the clothes she was wearing – retro tops and pants and boots and skirts like people my age are starting to wear again.

One photo showed Gram with boots and heels. “Go-go boots,” those were called, said Gram. “Why?” I asked. “Because we were all supposed to go “go-go” dancing in them.” I asked Gram if she ever did that kind of dancing; she said not really, but she was always on the “go-go.”

We laughed at that, and I tried to picture Gram run­­­­­­­ning around in her dope clothes (that means “groovy,” like they said back then!), really busy like my mom always is. It isn’t that hard to imagine, because Gram is still so busy. But now she gets to do the things she wants to do, instead of the things she has to do. Gram is always on the go and having fun at GreenFields, joining a new club, dancing (maybe not go-go dancing!), gardening, golfing, or working out in tons of different fitness classes. She also goes on lots of outings with all the friends she’s making there and loves just walking on the GreenFields grounds because they’re so pretty all year long.

One of the things she had the opportunity to do is model in GreenFields’ spring style shows. I had that in mind when I was looking at her photo albums and realized she could have been a professional model. As I said, she’s still so fit and chic – The fasions were from Cabi on April 3 and Chico’s at Geneva Commons on April 23.

Speaking of fashion, Gram and I are going to downtown Geneva next week to do some shopping for my prom. Geneva really is a shopper’s paradise, with over 100 specialty stores! Some people might think it’s not cool to go prom shopping with your grandmother, but I swear Gram knows more about fashion than I do!

“One thing I know for sure,” said Gram, as she flipped to some of her earlier photos. “I’m glad the hideous styles from the 80s haven’t come back, because if they did, there’s no way I’d be modeling them!” That made me laugh big time. 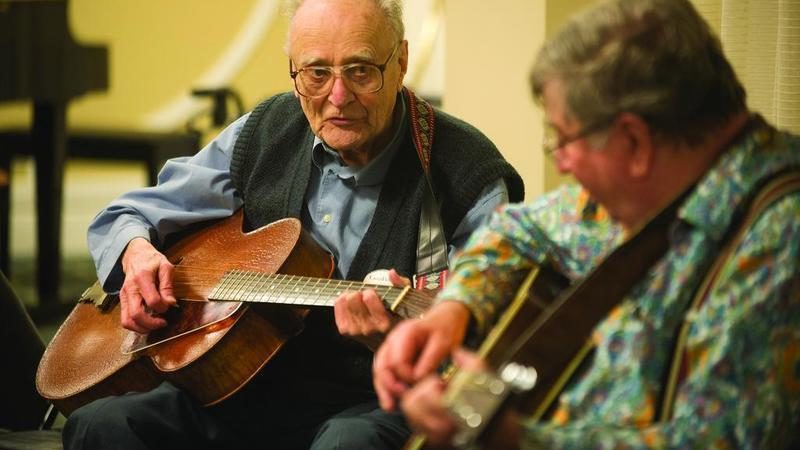 Country and Bluegrass Jam Session held at GreenFields of Geneva