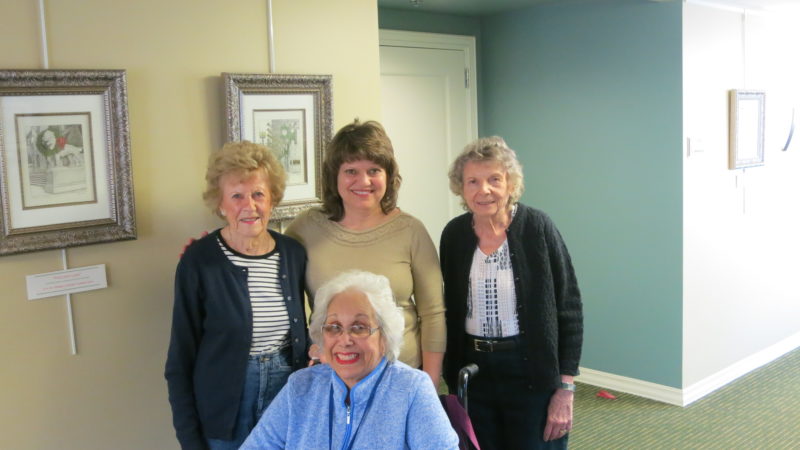 Residents of GreenFields of Geneva senior living community know Marla Shega primarily as the part-time certified nursing assistant they see every day. But they are catching on to the fact that she’s also the gifted artist behind the stippled pen and ink illustrations with a watercolor wash that have been on display in GreenFields’ monthly art exhibit since December.

“One resident told me that whenever he walks along the gallery, he feels like he’s in Chicago,” said Shega, whose display at GreenFields highlights her specialty, Chicago landmarks, with a holiday twist. Included were her two best-selling prints, the iconic Art Institute lion draped in a festive wreath and the Marshall Field’s clock with herald trumpets lining the historic building.

“I’m so happy that my work brightens residents’ day and that it brings back memories for them. I’m also very grateful to residents and staff for allowing me to bring my work to GreenFields.”

They were only too happy to, as Shega’s work was so well received, it stayed longer than the usual stint into January as well. GreenFields’ onsite art exhibit showcases the work of various local artists each month. Each exhibit starts out with an artist reception during which the featured artist talks about his/her work.

A freelance pen and ink and watercolor artist for the past 40 years, Shega has worked for both commercial and private clients. Currently, her art is on display at Mangel Florist at Chicago’s Drake Hotel as well as Strawflower Shop in Geneva, where GreenFields resident Helen Meints first spotted her work and approached the director of support services about exhibiting it at GreenFields.

Shega has also designed wine labels (one of which is featured periodically on the CBS Sunday Morning Show), greeting cards, and the marble coasters of Wrigley Field that, along with her prints, are also available to people at GreenFields.

“Some of the residents don’t drive anymore, so they appreciated being able to purchase holiday gifts for their loved ones through me right at GreenFields,” said Shega, who donates a percentage of her sales proceeds to the Illinois Chapter of the Alzheimer’s Association.

As a young child living in rural Pennsylvania, Shega often drew and painted pictures of the horse farm across from her home. An art student in grade school, high school and college, Shega loves the creative freedom that her craft allows. “Not a day goes by that I don’t find inspiration in something,” said Shega, who moved to Chicago in 1978 to pursue greater opportunities as an artist.

The hallmark of her work, Chicago landmarks, began 15 years ago when a fan of her work met her at a “Meet the Artist” event at Strawflower Shop and suggested that Shega focus on the archetypal markers of Chicago. In addition to historic landmarks, Shega’s work includes renditions of Chicago’s Drake Hotel and Langham Hotel, complete with its signature pink taxi.

While her work is tremendously fulfilling, Shega felt the need to get away from her in-home studio occasionally to be in contact with more people. Enter GreenFields, where she is a CNA to two private clients.

“I love it at GreenFields. Everyone is so friendly, and I couldn’t be more appreciative of the residents and staff. These past two months of the exhibit have been wonderful.”

The next art exhibit at GreenFields of Geneva will feature Maribeth Coffey-Sears. An artist reception which is open to the public, will be held on February 2 at 4-5 p.m. For additional information call (630) 578-7913 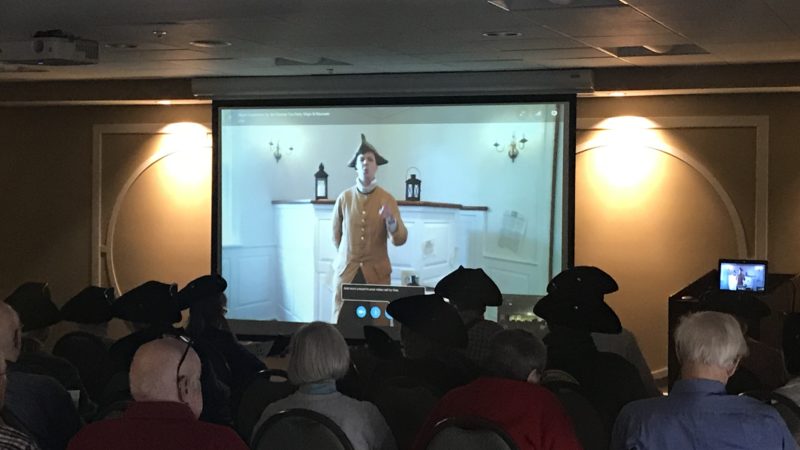