Music to Their Ears 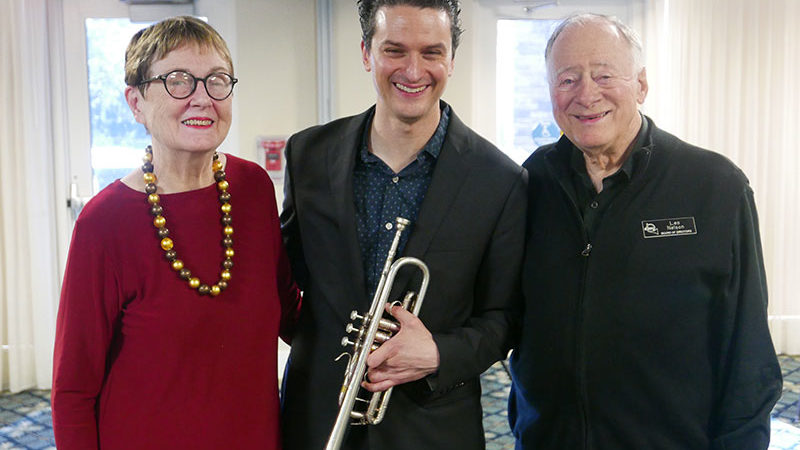 The extraordinary talents of a world-class symphony orchestra are closer than you may think…and can easily be enjoyed without the struggle of a long commute to downtown Chicago, the exorbitant expense of parking, and the high price of tickets. Elgin Symphony Orchestra is what Marilyn Nelson describes as a “hidden treasure.” She and her husband Leo have been responsible for making this suburban gem more accessible to their fellow residents at GreenFields of Geneva senior living community. “The conductor and the professional musicians in ESO are of an extremely high caliber,” said Leo.

The Nelsons have been avid fans of ESO since they first moved to the area more than 40 years ago. Leo was the city manager of Elgin from 1972-1984 and then worked at Hoffer Plastics in South Elgin until 2000. Leo recalled, “I thought I’d retired at that point, but members of the Elgin Chamber of Commerce asked me to be CEO for a couple of years. That commitment extended to be a total of 11 years.”

The couple first started attending ESO’s pops concerts. “After a number of years, we started going to classical performances, and eventually we were at all concerts,” recalled Leo. Ten years ago, he joined the ESO board of directors.

It was during Leo’s tenure on the board, that conductor Andrew Grams was hired. “He knocked our socks off,” recalled Marilyn. “When he picks up his baton, it’s as if someone has plugged in the electricity.”

“He is a very charismatic guy. He has a great rapport, not only with the musicians but also with the public and the audiences. He’s very well-liked and respected,” said Leo.

The Nelsons were among the first people to move to GreenFields retirement community when it opened its doors six years ago. They encouraged some of their neighbors to give ESO a try, and in order to help out, obtained tickets to a concert and requested the use of the GreenFields’ shuttle bus. After that first concert, the attendees were hooked. Subsequent performances through the years have drawn as many as 40 GreenFields residents.

Not only do the Nelsons bring residents to ESO…they also bring ESO to GreenFields.

The Nelsons have hosted ESO ensembles. “There are auction fundraisers for the symphony held each year,” Marilyn said. “I don’t like buying any items that I have to dust or eat. When performances by symphony members are offered, we buy them and bring them to GreenFields.” When the musicians perform at the community, all residents are invited. Nelsons have purchased concerts by a brass ensemble and a string quartet, and a trumpet and piano recital. “I feel like a rock star afterward. Everyone loves to thank us for bringing the symphony performances,” said Marilyn.

The Nelsons have also coordinated ESO listeners club at GreenFields. Before classical concerts, they host Jim Kendros, a well-known lecturer and composer. “He’ll come and talk about the history of the music and the composer. He researches the material so darn well that his presentations are both entertaining and educational,” said Marilyn.

Despite their passion for great music, the Nelsons have never attended a Chicago Symphony Orchestra performance. “We’ve never felt the need. ESO is so talented, and we enjoy their concerts without any hassle. And so do a lot of residents from GreenFields,” said Leo. 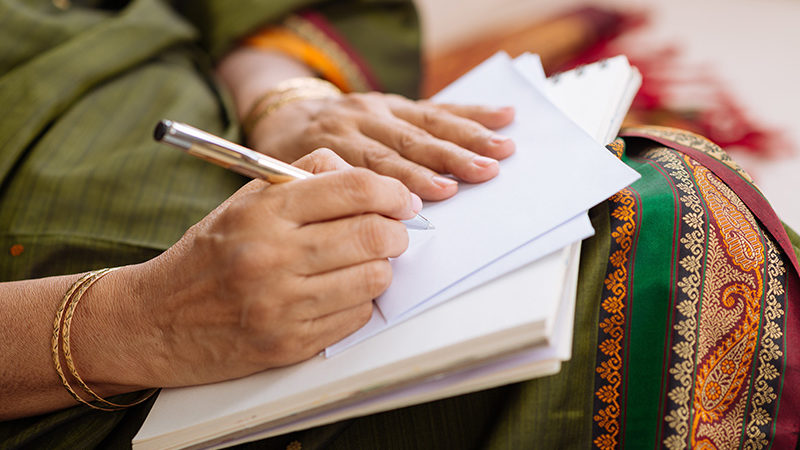