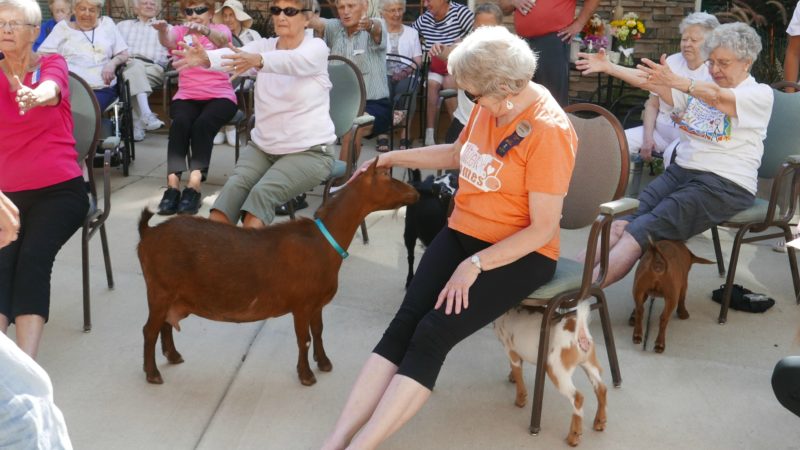 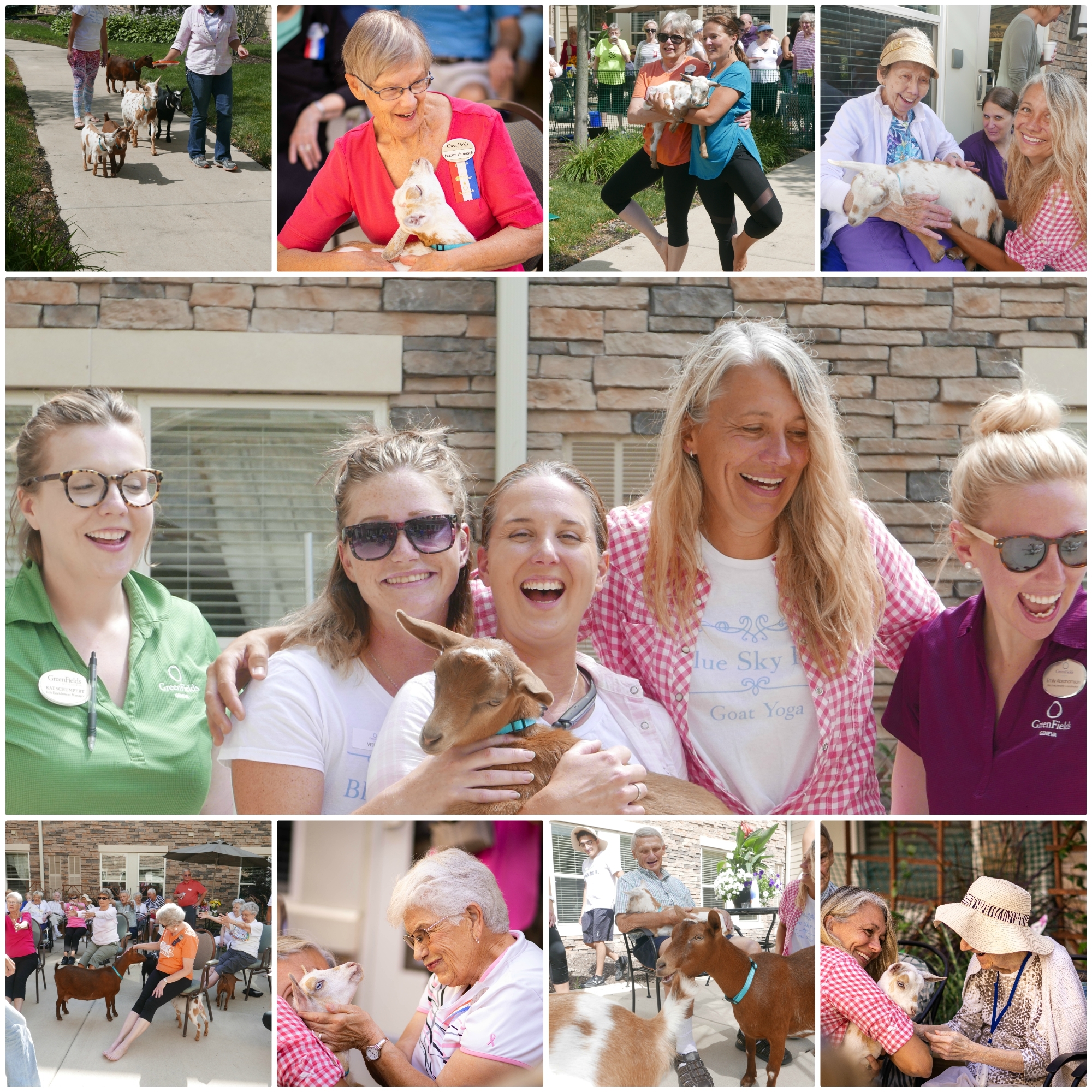 Octogenarians, goats, and yoga. Three words hardly ever used together in one sentence came together in idyllic harmony as residents at GreenFields in Geneva retirement community practiced yoga in the presence and with the participation of goats.

Goat yoga is a trend sweeping the nation, but generally for a younger crowd. The life enrichment team of GreenFields, known for ‘thinking outside the box’, was excited to bring the practice to their residents. “Many people think of BINGO and birthday parties as typical programs at retirement communities, but at GreenFields we strive to offer the unexpected, “ said Emily Abrahamson, life enrichment coordinator. “It’s especially fun when what the residents are trying out is ‘trending!”

The goat yoga event was part of GreenFields’ SeniorFITness Recognition Week which celebrated all the residents of the community who participate in the fitness program. In addition to yoga, the week featured water games, essential oils class, foot and hand massages and more.

Ellen Beaulieu of Blue Sky Farm in Sugar Grove brought five goats, including two babies and their moms to GreenFields. This is the first time that the farm, which is certified in goat yoga, has taken their goats off-site, and the first time that they’ve worked with seniors. Three sessions of the program were booked, allowing residents in independent living, Willows Assisted Living, Reflections Memory Support and Briarwood Healthcare Center of GreenFields to interact with the animals. “This was such a great experience, and it was important that we made sure that every resident, regardless of their abilities, was able to join in. We had residents in their 70’s all the way up to age 97 participating. The interaction ranged from having a goat balancing on their backs while they were in plank position, to simply getting a nice cuddle from a baby, and everything in between,” said Emily. “An added fun fact is that one or two of our residents were raised on farms with goats, and never dreamed they’d be doing yoga with them 70+ years later!”

Yoga has undisputed health benefits and an enthusiastic following at GreenFields.

Kristin O’Connor, SeniorFITness specialist at GreenFields who led Thursday’s sessions, acknowledged that there are naysayers about the goat component, but added, “This was an absolutely beautiful experience. We were able to enjoy the calm and peace that yoga brings to us, and get the added benefit of the animals interacting with us. It brought everyone a lot of joy. It was lighthearted. When we add a joyful element to our exercise, that’s likely to keep us exercising. Furthermore, about 20 people who haven’t participated in yoga before, joined us today. This was a win all the way around!”

Click here to watch the CBS News coverage of our goat yoga program. 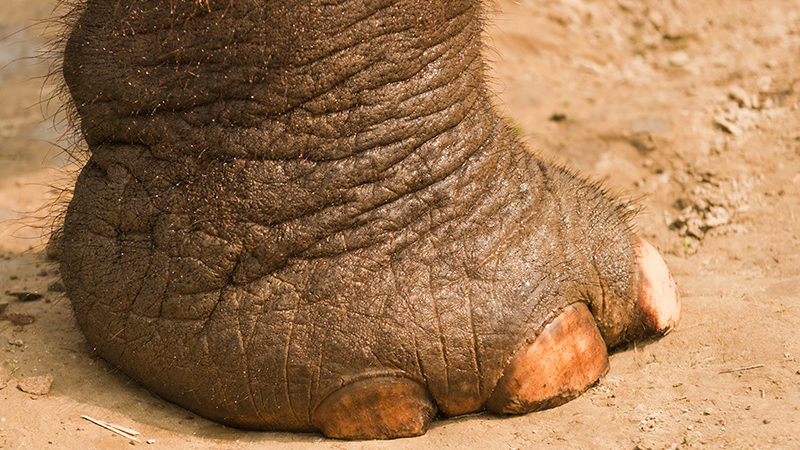 As a Sign of Gratitude, They Paid for Pedicures for the Elephants