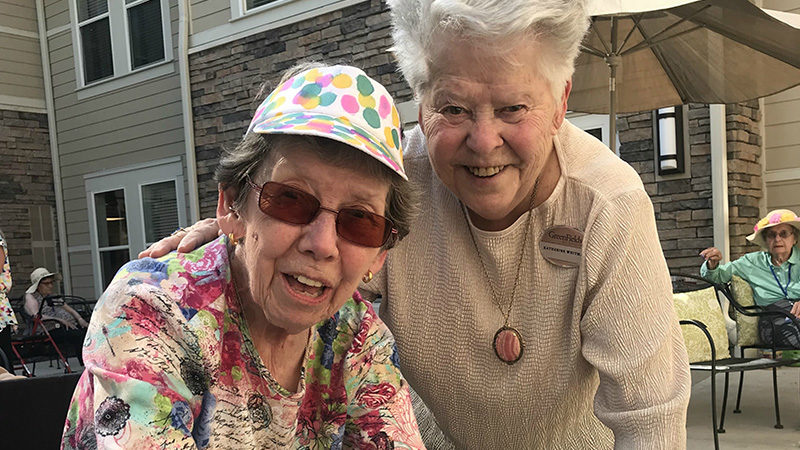 She knows the dirt, the roots, the delicate stems and petals. She senses how to arrange the garden, which plants to place where for the most aesthetic appeal. Though she is blind to sight, Ann Linder, resident of GreenFields of Geneva senior living community, can “see” from memory the huge raised bed that she and other residents recently filled with grasses and perennial flowers, largely of Ann’s choosing.

“I couldn’t sleep, I was so excited!” said Ann of the night before the planting was to begin. A resident of GreenFields for the past two years, Ann is a master gardener whose former homes in Villa Park and St. Charles were adorned with beautiful gardens that she photographed and placed lovingly into albums that she shares with her GreenFields family.

“I love Mother Nature and sunshine and good rain. It delights me to put my hands in the dirt; it does something to me inside,” she enthused. Along with other residents and staff, including life enrichment manager Kathryn “Kat” Schumpert, Ann created a thing of beauty out of the 20-foot bed built by GreenFields landscapers on the patio of the Willows assisted living neighborhood. It is the latest horticultural addition to the GreenFields community, all areas of which have flower and vegetable gardens tended by residents.

“There are lots of gardens at GreenFields; we have flowers, tomatoes and other vegetables, strawberries and herbs,” said Schumpert, who claims to have a “black thumb” but growing interest in gardening due to the enthusiasm and guidance from residents. “Gardening is an easy form of exercise for seniors and being active is huge here. It helps with fine motor skills in handling the dirt and planting and endurance in helping to shovel and dig.” Plus, she adds, residents and staff enjoy eating the fresh vegetables and fruits of their labor.

Schumpert also cites the significant impact of garden tending upon memory. “The plants in the garden at Reflections (GreenFields’ memory care neighborhood) were chosen specifically for their sensory stimulation of familiar feel and smell.”

Beyond physical and cognitive benefits, gardening has significant psychological impact. “Everyone is so happy and positive when they’re out working in the garden.” But don’t take Schumpert’s word for it; this video she and co-workers created featuring delighted residents at work in the Willows garden says it all. “They were so passionate about it – there were smiles all around,” she said.

As for Ann, she was the first one there the day the garden was planted. “I watched in amazement as she checked the depth of the soil and made sure we squeezed the bottom of the flowers to break up the root ball,” said Schumpert, who purchased the clematis, grasses, bleeding hearts and other perennials Ann recommended from a very helpful local nursery.

“I wouldn’t have known what to get; I joke with residents that I can’t even grow a bamboo, but Ann knew exactly what we should plant, not only for visual beauty but for butterflies and bees.” In addition to fluttering and buzzing insects, the gardens also attract their fair share of rabbits, said Schumpert.

“They eat the plants, especially the lettuce we grew last year, but no one minds.” 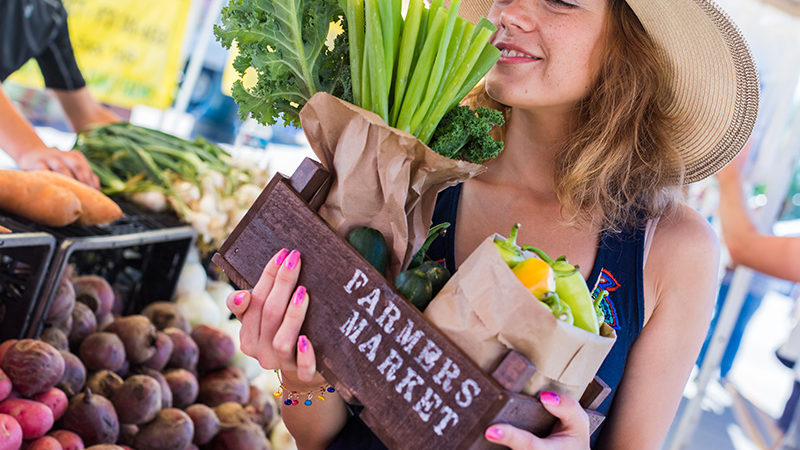 The Thrill of an Open Air Market