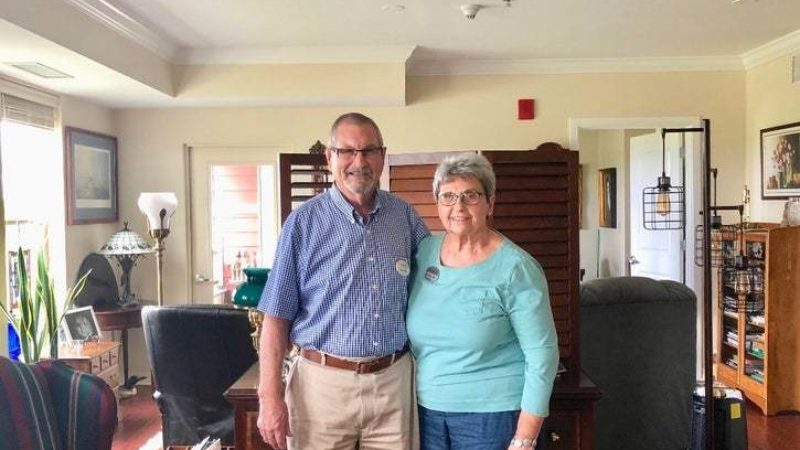 The only downside to their decision to move to GreenFields of Geneva was that they didn’t make it sooner. “Living here is even better than I thought it would be. I feel like we belong here. I’m sorry it took us so long to make the decision,” said Dorothy Ogle. She and her husband, Jim, moved to the senior living community last spring.

Last winter, Dorothy and Jim found living in their Sugar Grove home was difficult, largely because of several health issues. “The weather was horrible. Our son and neighbors tried to help us out, but it was so difficult.  We had a stairlift in the house and had thought we could live there forever, but it was just too much. If you can’t get the mail, get out of the house, or socialize, you’re in trouble. Our son finally said,  ‘I think you need to be out of the house,’ and we agreed,” said Dorothy.

The couple looked at other area retirement communities but determined that compared to GreenFields, there was no contest. “It’s so beautiful here. The apartments and hallways are large and bright; there are so many programs and events,” said Dorothy. “They’re a little more up-to-the-times here. Their thinking and programming…a lot of different things seemed more active and vibrant.”

The Ogles eventually put their names on a waiting list for a large apartment in independent living at GreenFields. When one became available, they checked it out. “I thought, ‘wow!’ This will suit us really well. Not everybody wants an apartment this large, but we did. We had a lot of stuff we wanted to bring,” Jim said. They love their 1,661 square foot apartment with two balconies overlooking a beautiful parklike setting.

Jim has a different take on the term ‘retirement’ than many people. He worked in the pharmaceutical industry for 40 years until retiring in 2003. He thought he might fill some of his time by playing golf in 2004, but recalled, “I found that golf drove me nuts. I started looking for something to do to keep myself busy. Dorothy suggested I work as a school bus driver for the Kaneland School District. I did that for about six months until they moved me inside to work as the assistant director and then director of transportation for the district, working 11 or 12 hours a day.”

Jim retired again in 2015 at the age of 79. “I needed to look for something else to do. I started teaching driver safety for AARP and became an AARP Tax Aide, which are both volunteer positions. I like being helpful to other people. It’s sporadic, but I work about 12 hours a week,” he said. “We impart a lot of good information through the program to help people drive safely. We talk about technologies that can help keep you driving longer, including back-up cameras, lane monitoring systems, blind-spot monitoring, and navigation systems.”

Jim keeps busy at GreenFields as a member of the grounds and building committee and residency council and participating in activities, the fitness center, and music programs.

Dorothy had a long and successful career as a social worker, the last 25 years of which were at Johns Hopkins. She retired before she turned 65 and started taking and teaching classes on a wide variety of topics. It’s important to me to keep learning,” she said, “I go to lifelong learning events at GreenFields and also classes at Waubonsee Community College.”

The Ogles are anticipating a much better winter than they had last year. “The timing of our move was perfect, and we couldn’t be happier. We’re active and enjoy being with other people,” said Dorothy. “We feel very much at home here, and we’re grateful.” 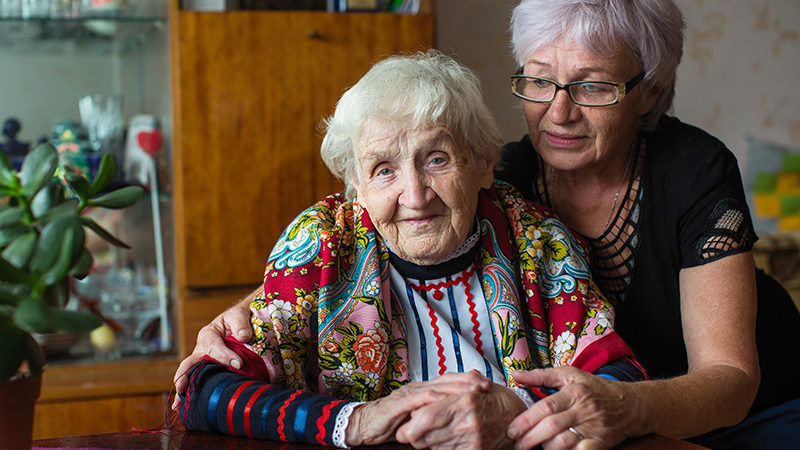 Holiday Gatherings and Changes in Loved Ones