For the Love of a Classic Car 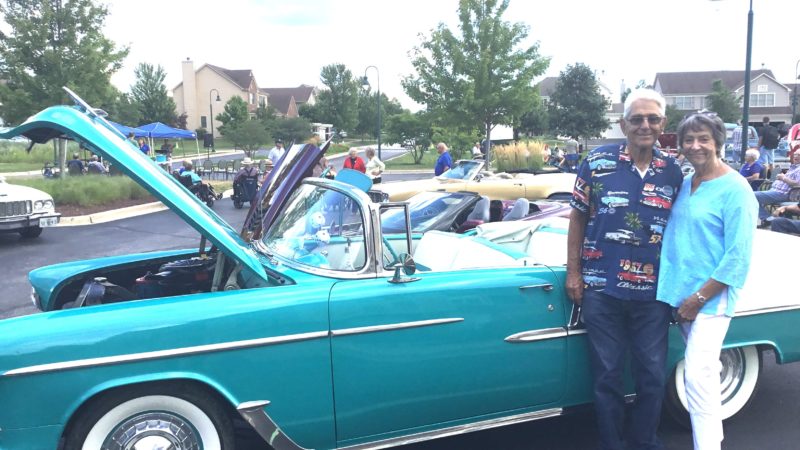 Last year at the end of the GreenFields annual classic car show, they got into their vintage Chevy and drove home. This year, they simply took the elevator up to their apartment. Barbara and Jim Krage who boast many interests including classic Chevy automobiles, moved to GreenFields last fall. “We feel extremely fortunate. This suits us and our lifestyle very well,” said Jim.

The Krages had been living on 11 acres in Sugar Grove for more than 30 years. “Last year, we got tired and decided it was just too much land. We knew we only had one move in us; we weren’t going to do it again,” said Jim. “We made a life decision too. The fact that there are all levels of care at GreenFields was important to us. We wouldn’t have to move again and knew we would be able to stay close to each other if one of our needs changed.”

“We’re not entirely tired of each other after 61 years,” quipped Barb.

The Krages visited several different area retirement communities but were quickly enamored with GreenFields. “GreenFields is modern and up-to-date. And I enjoy being around people in the company of others,” said Jim. “GreenFields has a lot to offer.”

Barbara recalled the first time they saw the spacious 1,200 square-foot apartment with high ceilings, upscale amenities, and a balcony. “They had just staged it that day. We walked in and looked at each other and said, ‘I think this is it.’ We took possession less than a month after that,” she said. “Our apartment has eleven windows and high ceilings. That was really important. It’s very airy.”

Jim said they’ve always been impressed with the friendliness of residents and staff. “We have felt very welcome here right from day one.”

“We feel like there is no one here who is not a friend,” Barbara said.

In addition to keeping busy with their many outside activities, the Krages are involved with programs at GreenFields. Jim is a member of the life-long learning committee and the men’s lunch group and makes use of the fitness center.  Barbara said that they also participate in the German Language Society, pinochle games, Fireside Chats, and Wii bowling.

Avid gardeners, the Krages were pleased when GreenFields gardens were all renovated to boast raised beds. “It’s such a pleasure for both us to garden, and it helps to chat with the other gardeners,” said Jim.

The Krages said they are continuing to lead the lives they were living before but without all of the work involved.

What is most important to the Krages is family and their ability to spend time with them. “We have six children, 20 grandchildren, and five great-grandchildren,” said Barbara. Their apartment can accommodate entertaining their family, as can the Savannah Restaurant, where their family often joins them.

GreenFields can also accommodate their love of classic cars. Fourteen years ago, Barbara surprised Jim with a 1956 Chevy Bel Air. “That model was our honeymoon car,” said Jim. “I wanted to have all three of the tri-five Chevys (1955, 56 and 57 Bel Airs).” He eventually had his collection, and subsequently brought them to car shows, earning some prestigious awards.

He sold two of the cars but has held onto the 1955 Bel Air which he keeps near GreenFields. “I still go to the Geneva, Elburn and St. Charles car shows. A lot of people come to cruise nights and walk around, seeing every variety of car. People reminisce about dates they had in cars like these; they go back in their memories. Dads and grandfathers like to show their cars to kids and tell them stories about them,” said Jim. “Last year when GreenFields had their classic car show, it happened by coincidence that we were parked right out in front of the apartment that we’d picked and would be moving into. This year, we did the same thing.”

Click here to read the story in Daily Herald. 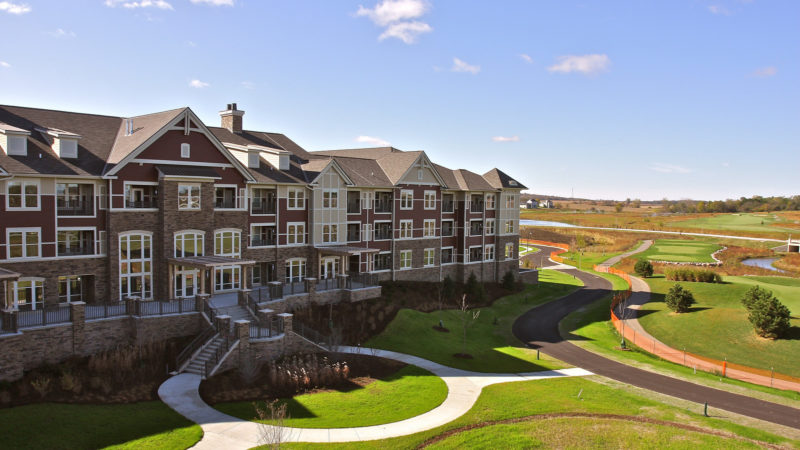