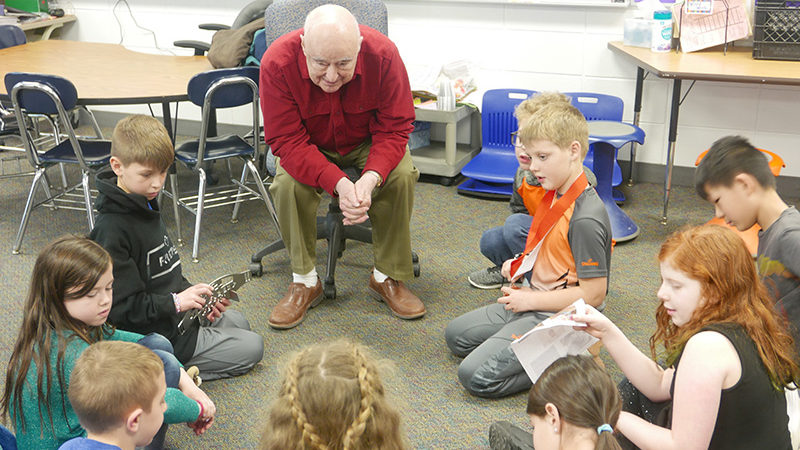 Facebook was blowing up with excitement over the pen pals program at GreenFields of Geneva. “This makes my heart so happy!”; “Wonderful for all generations!”; “The art of a handwritten note hasn’t gone wasted on these children” were just some of the comments from followers of GreenFields’ page last month.

Established in 2012 shortly after GreenFields opened, the pen pal program between third graders at Harrison Elementary School in Geneva and residents of GreenFields is opening the lines of communication between generations as well as teaching brass tacks writing skills to 53 participating young students.

“This program keeps residents in touch with young children,” said resident Helen Meints, whom the students lovingly refer to as “Grandma Helen.” “Many of us, like myself, are former teachers and very much value the connection.”

Initiated by Heather Carlson, a retired Harrison third grade teacher whose mother is a resident of GreenFields, the program has students and residents writing to one another each month and meeting in person twice. Last month, the seniors and students met each other in an introductory, “show and tell” format at the school. In May, the students will travel to GreenFields to meet with their pen pals again.

“Students get excited when they hear that their letters have arrived. This is a great opportunity for them to interact with seniors, especially those who do not have grandparents or a grandparent figure in their life,” said Harrison third grade teacher and pen pal program coordinator Katie Doyle.

Students aren’t the only ones excited about and benefiting from the pen pal partnership. Bridget Wachter, another Harrison third grade teacher, sings in a choir with GreenFields resident and pen pal Marian Harmon. “Every week when I pick Marian up, the first thing she talks about is her pen pal!” she reported.

Doyle added that the pen pal exercise, which figures into the school’s social studies and writing curricula, allows youngsters to see purpose in their writing as well as perspective on seniors’ life experiences in different times.

“Residents and students write to one another about anything and everything – family, friends, favorite foods, sports teams…they also share photos and drawings,” said GreenFields life enrichment coordinator Emily Abrahamson.

“Intergenerational experiences are important for both students and residents,” according to Doyle. “This program teaches young people the value seniors bring to our community. Students can learn from their pen pal, but there are also many things they can teach their pen pal.” Scholastically, said Doyle, the program helps students grow their social skills by interacting and communicating with people different from them.

“Intergenerational friendships provide intentional community and have a positive impact on both seniors and children. These friendships can be life-changing,” said Abrahamson. 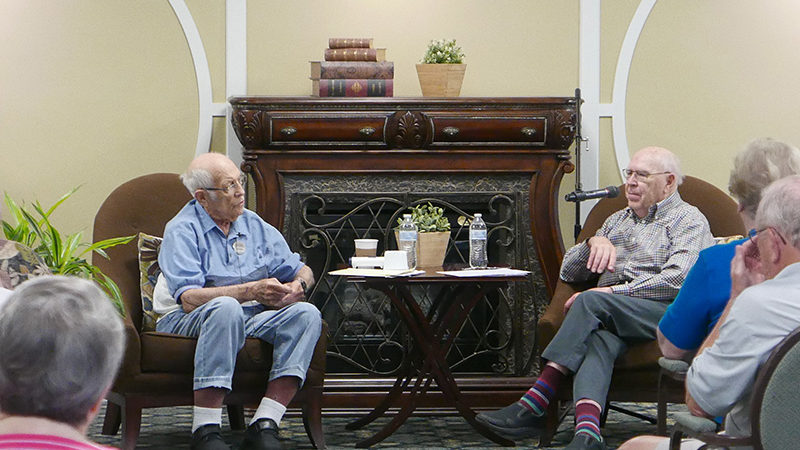