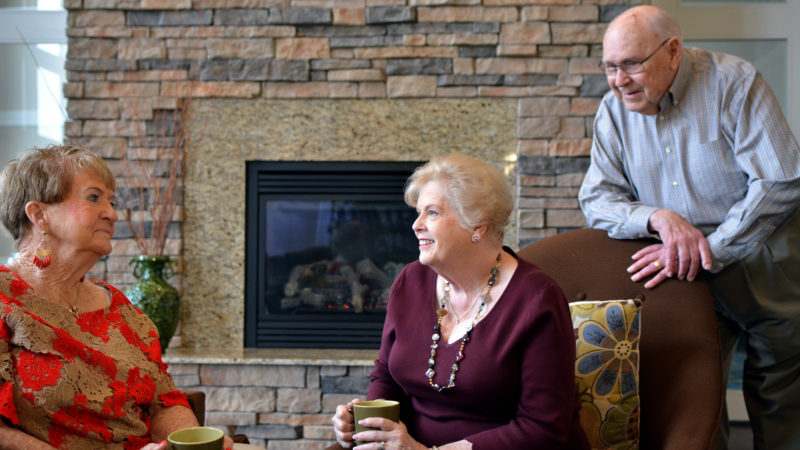 Unless you’ve been living in, well, a vortex, you know that we Chicagoans and other Midwesterners have been sucked into a polar vortex of late.

Meteorologically speaking, a polar vortex is an area of low pressure and cold air surrounding both of the Earth’s poles. Sometimes, like this winter, it breaks down and bores into our neck of the woods.

Science aside, the frigid air has whipped up record closings at schools, government offices and businesses. Chicago’s commuter train railways were set on fire to warm the tracks. Endless weather warnings including the danger of frost bite within five minutes of exposure, and a storm of water cooler and social media commentary has folks comparing notes on whose arctic misery is the worst.

“Hey, Chicago! You think you’ve got it bad? Up here in Fargo, we deal with 48 degrees below zero every winter!” read one recent Facebook post. Several others featured videos of people tossing boiling water out into the frigid atmosphere to watch it freeze mid-air.

What’s more, a seismic phenomenon visited some denizens in the form of a “frost quake,” producing cracking and booming noises around their homes and yards.

For the record, January 30th, 2019, was the coldest on that date in Chicago history, at negative 22 degrees with the wind. The coldest day all year in Chicago history was on January 20, 1985, at minus 27 degrees. Some will argue that recent extreme polar conditions are the result of global warming and irresponsible environmental stewardship on the part of us humans, but that’s another topic.

Let’s get back to how bad the weather is! Or is it?

It’s possible that the Mother Nature-inflicted mandate to stay home, barred from work or school, is a rare opportunity to hunker down inside and re-connect with family or be entertained the old-fashioned way. In the last few days of January, many people’s Internet and cable service was down, rendering them unable to work from home or even watch T.V.

“It’s like we’ve been sent back 100 years and now have to figure out what to do with ourselves,” wrote one woman on Facebook. Various books, jigsaw puzzles and board games were likely dusted off for a few days in middle American homes. Hearty soups and stews may have been bubbling on the stove.

And what’s better than a cozy, roaring fire by which to warm one’s feet on a glacial day or night? Except perhaps a winter-proof living environment, where folks can forget about whatever Icelandic nightmare is transpiring outside. That would be a rare treat indeed.

For those living at GreenFields of Geneva, that treat is a daily reality. Not a single winter woe needs plague our residents. They cannot care less.

There are no driveways to shovel, no failing furnaces or frozen pipes to repair. Safe transportation is provided for offsite outings, and for those with their own cars, covered parking protects them from the elements. Gourmet dining comes without a treacherous trudge to the grocery, and at residents’ fingertips is concierge service instead of numbing frost. If our 26 scenic acres or nearby Tanna Farms Golf Club freeze over with snow and ice, so be it. It’s a hassle-free, breathtaking vista of crystalline wonder.

No doubt, we’ll all be glad when the polar vortex releases its frosty grip. But those at GreenFields can just chill out when Old Man Winter calls. 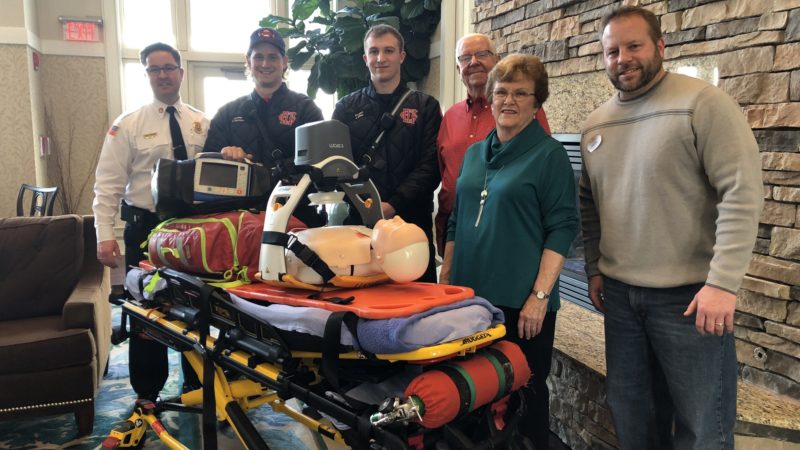 CPR Device is a Game Changer