Get It in Writing: The Power of Good Old-Fashioned Mail
The Benefits of Hand-Writing 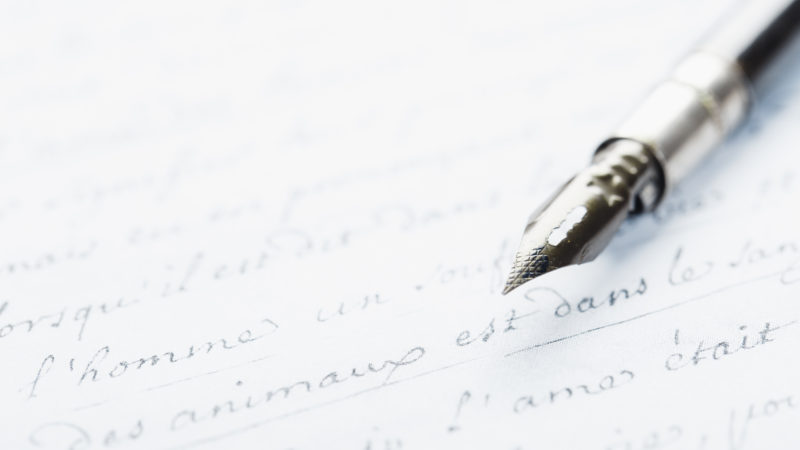 Not long ago, two sisters went through their mother’s personal effects. Among scores of old photo albums, they found a box of hand-written letters she’d exchanged with their father when he was stationed overseas during WWII.

Overwhelmed at first by the sheer volume of them and wondering what to do with all the time-worn, yellowed missives, they began to read them until, late into the evening, they’d read every last one. They were moved to tears by the palpable love and tenderness contained within. “Who writes letters like that anymore?” they marveled.

Indeed, the digital age is overwhelming our smart phones, computer screens and electronic devices with an average 121 emails each day (on top of scores of texts and social media messages). A hand-written letter or card seems like something from another era. “Snail mail has become quaint, almost vintage,” according to the New York Times.

Over the past ten years, the number of items sent through the U.S. postal service has decreased 50 percent, and the average American mailbox receives only 10 pieces of personal mail each year.

But a decrease in snail mail doesn’t equate to a decrease in desire for it, particularly during the COVID pandemic. A USPS Market Research and Insights Report, “COVID Mail Attitudes,” found that 65 percent of people surveyed said that receiving hard mail lifts their spirits, and 54 percent reported that it helps them feel more connected.

With limited access to so many activities as a result of shelter in place decrees, retrieving the mail has almost become an “outing” to one’s mailbox.

What’s inside – even direct mail – is compelling because it’s something you can glide your hand across, feel its texture, see its colors and images. And, most of all, because someone cared to send it the old-fashioned way.

An assistant professor of psychology at Claremont Graduate University researched what makes people feel loved and found that it is the small gestures in everyday life. She proposed that because writing cards and letters takes more thought and effort than sending an email or text, recipients are likely to feel the love. Best-selling author, humorist and fervent letter writer David Sedaris agrees: “It’s too easy to [send a message] through e-mail and it also doesn’t mean as much.”

The benefits of letters extend to senders as well.

Writing by hand is known to help us retain information better, boost our creativity and foster feelings of happiness and satisfaction. According to professional calligrapher and author of The Art of the Handwritten Note Margaret Shepherd, it’s also more fun. “It is such a delight to see that ink go on that beautiful paper – to pick out a stamp, to slow down and realize you thanked or consoled somebody in the best way possible.”

Consolation through cards and notes is the focus of many wishing to help seniors feeling isolated during the COVID-19 outbreak. They realize that not only are seniors more accustomed to traditional forms of communication, the comforting, mood-brightening power of a hand-written note is uniquely significant.

For example, the “Letters of Love, Love for the Elderly” project seeks to collect hand-written letters and send them to seniors who may be struggling with the isolating effects of sheltering at home. “In the digital age, words on paper are a novelty that we overlook. Letters are something to cherish: to set on a desk, to stick to a fridge, to bind in a scrapbook,” according to the organization’s website.

Here at GreenFields of Geneva, our pen pal program garnered CBS television as well as other media coverage for the  overwhelming response it received from members of the greater community wanting to be pen pals with residents. Over 50 of our seniors have participated in the program, and there is a wait list of volunteers! The program drew the attention of a retired postmaster who was touched by the initiative and sent a page of postage stamps for the pen pals to use.

The connections will not stop with the pen, however, as we hope our correspondents of all ages will form ongoing relationships with one another and that they can soon meet face-to-face.

Until we meet again, let’s reach out with the stroke of a pen and the lick of a stamp instead of a click of the mouse. 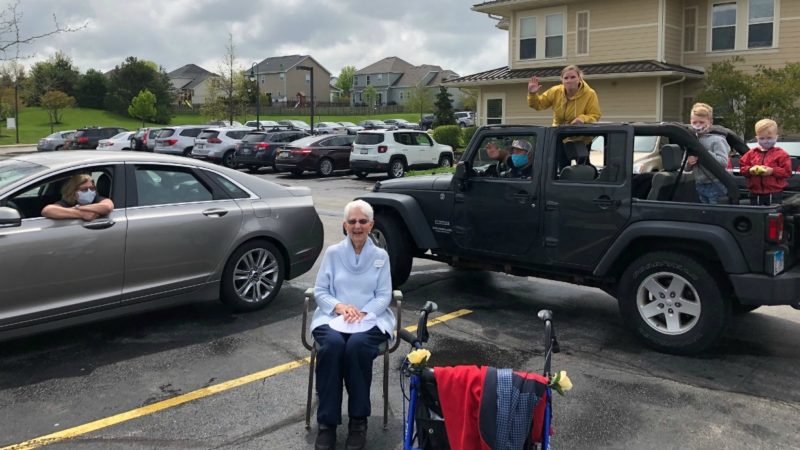 Close Encounters of the Loving Kind