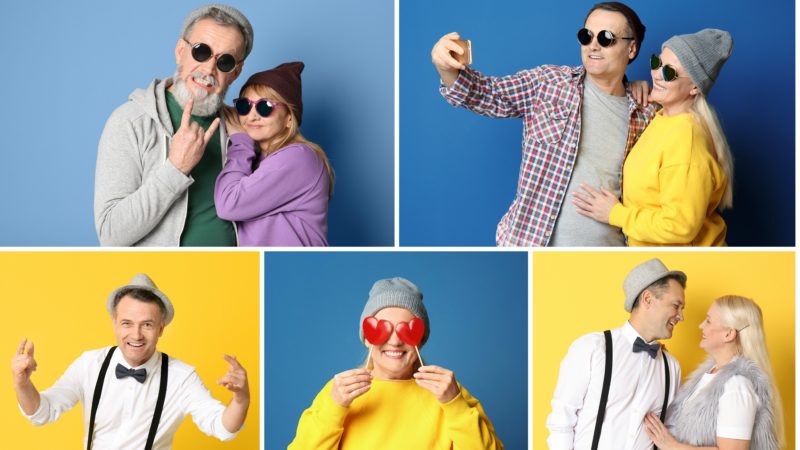 The stereotypical grandma sitting in a rocker with her knitting in her lap is being supplanted by a new generation of grandmothers and grandfathers who are splitting their time between visits with their adorable grandchildren and active pursuits such as work, hobbies, exercise and travel. Some of today’s adventurous grandparents are even climbing mountains, breaking into acting and performing stand-up comedy. With the average age of first-time American grandparents a youthful 50, it’s perhaps not surprising that most are still working full- or part-time, 45% spend time on Facebook and other social media platforms, and 43% play sports or exercise. They also are open to texting, video chatting or emailing with their grandchildren, while continuing to communicate by telephone. And how’s this for modern: 6% of U.S. grandparents are sporting a tattoo. Attitudes also have changed, with 95% of surveyed grandparents agreeing or strongly agreeing that girls should be raised to be strong and independent women and 88% agreeing or strongly agreeing that they would accept a gay, bisexual or transsexual grandchild. A decisive majority—62%--also agreed or strongly agreed that boys and girls should be raised the same.

The one thing that hasn’t changed over time is the devotion grandparents feel for their children’s children. Nearly nine out of 10 love being a grandma or grandpa, even though their personal styles of grandparenting may range. A 1965 study that is still considered valid identified five different types of grandparents from distant—having limited contact—and formal, being affectionate and interested, but not overly involved to fun-loving, acting as a surrogate parent, and serving as the family’s source of wisdom and good advice.

Maybe to no one’s surprise, grandparents continue to take their roles as wise and respected elders seriously. But this is just one of many important roles they play in the lives of their grandchildren. Not only are many of today’s grandparents capable of getting on the floor with the grandkids or racing them to the corner, they also are the purveyors of treats and unexpected gifts. And because they are not responsible for discipline, grandparents can offer a calming presence by listening to their grandchildren without needing to criticize or judge them.

By offering unconditional love and patient guidance, they also contribute to their grandchildren’s wellbeing, although grandmothers typical offer nurturing while grandfathers share activities and provide mentorship. Grandparents also are the keeping of family history, stories and traditions, giving their grandchildren a first-hand account of long-ago events, keeping past generations alive, maintaining family ties and identity, and providing holiday fun. Research also is revealing that grandfathers and grandmothers can pass contribute to their grandchildren’s longevity.

And while nothing delights grandparents more than giving good things to their grandchildren, they also gain so much from this treasured relationship. Not only does having grands allow you to rediscover (again) your own childhood, but it grants a joyfulness that surprises even devoted parents. Maybe part of that is because grandparenting for most of us includes all the deep satisfaction of parenting with none of the stress or responsibilities.

There are many other benefits. Having grandchildren encourages older people to stay young at heart and up to date on what’s new. You’re also likely to be more physically active if you have youngsters in your life. That can lead you to take better care of yourself.

There’s also a benefit to those storybooks you read and those games and puzzles that grandparents get drawn into, especially if you spend a modest amount of time caring for your grandchildren. They have been shown to improve memory and even extend life. Establishing and maintaining a close emotional relationship with your grandchildren can lower the risk of depression for both of you. And, as a grandparent, you even get a new name!

While the traditional grandma/grandpa monikers are still the majority choice for today’s grandparents, they are no longer the only options. In keeping with their new approach to grandparenting, baby boomer grandmothers are reinventing themselves as Mimi, GoGo and Bunny while grandfathers are trading Gramps for Pop-Pop or Grandy. At least until the grandchildren come up with their own nicknames for their beloved elder relatives. Whatever they call themselves, grandparents who live at GreenFields find lots of ways to enjoy their grandchildren. Whether they’re celebrating Grandparents Day, as they did on Sunday, enjoying the various family friendly events that will resume post-COVID, or spending some together time outdoors, walking around the pond or collecting colored leaves on the walking path, GreenFields is the backdrop for multigenerational fun of all kinds. 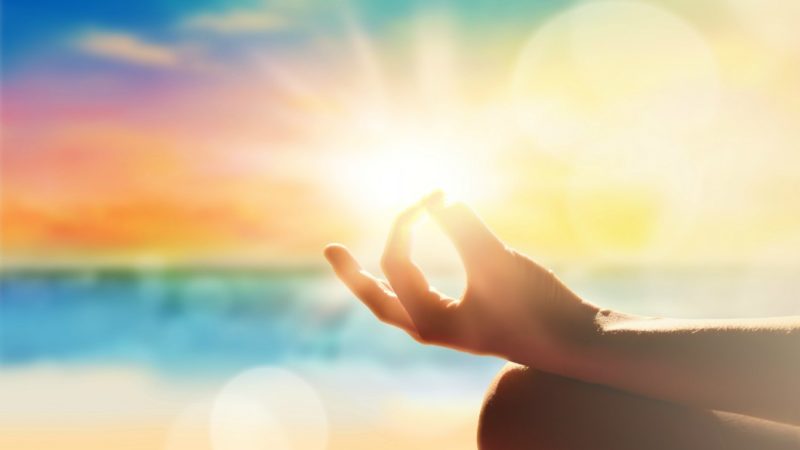 Meditate Your Way to a Peaceful Outlook and Better Health