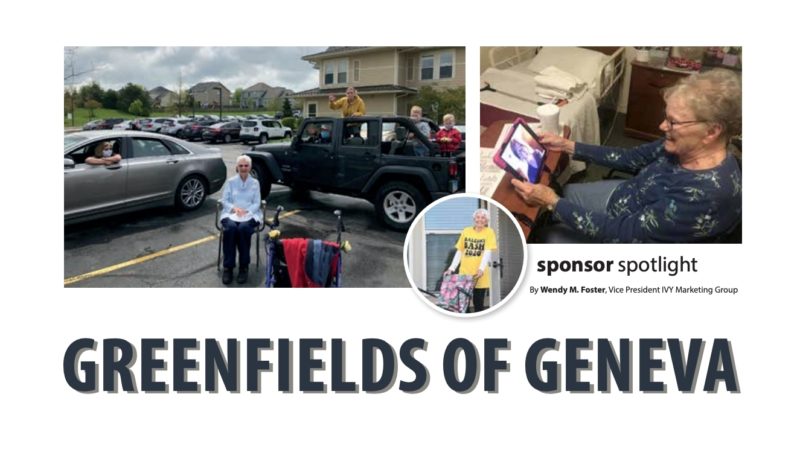 During what is commonly known as an ‘unprecedented time,’ the team at GreenFields of Geneva senior living community has been consistently providing unparalleled service to its residents. As a Life Plan Community, GreenFields offers independent living, assisted living, memory care, short and long-term rehabilitation, and skilled nursing, all under the one roof of its beautiful 26-acre landscaped campus in Mill Creek.

While the GreenFields team has been extremely vigilant about keeping residents safe and healthy during the pandemic, they’ve also been dedicated to ensuring the residents remain active and engaged.

“The residents at GreenFields are accustomed to being busy,” said Karen Tomko, life enrichment manager for independent living. So, while the activities calendars started to look different during COVID-19, they remained full and engaging. The creative and innovative teams successfully provided opportunities for the residents to stay busy. This has featured programming on the in-house television station all day, every day, including exercise classes, games, movies, and continuing education initiatives.

As restrictions have begun lifting, activities, classes and entertainment are provided for limited numbers of residents in-person. They are also then broadcasted/streamed for residents within their apartments.

GreenFields’ Pony Express Pen Pal Program matched residents with volunteer pen pals throughout the area. Looking for ways during the stay-at-home order for residents to stay engaged, Karen reached out for volunteers using Facebook. Thirty-six individuals/families (many from Mill Creek) promptly signed up, with more than 15 joining in. Families sent the letters, and sometimes gifts, for Karen to deliver, pony-express style, to their apartments. The reverse was done with the letters that the residents write back.  Many of the pen pals are still connected and enjoying their intergenerational interaction.

They snapped their fingers, swung their hips, and boogied. Sporting bright yellow concert T-shirts, residents of GreenFields enjoyed great music and beautiful weather as they listened to live entertainment, strategically placed around the perimeter of their campus.

In their very own Lallapaloosa-styled event, musicians wearing tuxedos playing classical music and show tunes, an Elvis look-alike leading a band in classic rock, and every genre in-between, performed along the grounds of the property. Residents sat, or in many cases, danced, in the warm sunshine of their balconies or through their open windows.

“For the first six weeks of the shelter-in-place mandate, we’ve been by ourselves in our apartments, but together in this community. Rather than social distancing, we’re calling the Balcony Bash our social solidarity tour,” said Karen.

The 2020 Balcony Bash was featured on WGN News.

While the restriction of visitors during the pandemic has been very difficult for residents who miss their loved ones outside of the community, it has been instrumental in keeping them safe. Staff, in the meantime, has worked out creative ways for the residents to stay in touch with their families. This is particularly true (and important) for residents of Willows Assisted Living, Reflections Memory Support, and Briarwood Healthcare Center at GreenFields.

Virtual visits have been facilitated by staff in residents’ rooms via Zoom, FaceTime, and Skype, and when practical, through windows.

When nice weather has prevailed, their Family Fridays program gave residents the chance to meet face-to-face at an appropriate social distance outdoors. Julie Jug, life enrichment manager for Willows, Reflections, and Briarwood, schedules each resident for a 15-minute visit in the GreenFields parking lot, with as many as three carloads of family members. The visits have been exciting, joyous, and touching. “Moments like these make my heart explode,” said Julie.

Residents at GreenFields are accustomed to wining and dining in the finest style at their five-star quality restaurant. Because during the stay-at-home order, residents were unable to come to Savanna Restaurant, the staff brought Savanna fare to them. The ‘room service’ was provided by the dining team that the residents know and love. While residents missed the opportunity to socialize with their friends during mealtime, they felt safe and thankful that all their needs were provided for, without them having to leave their apartments.

As restrictions have lifted, residents are able to go in limited numbers to the restaurant, or can still have take-out in their apartments. 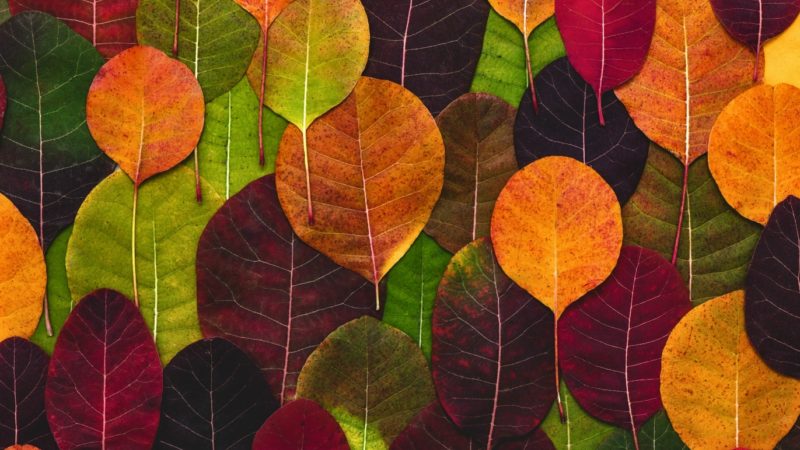 Now Is the Perfect Time to Enjoy the Fall Color