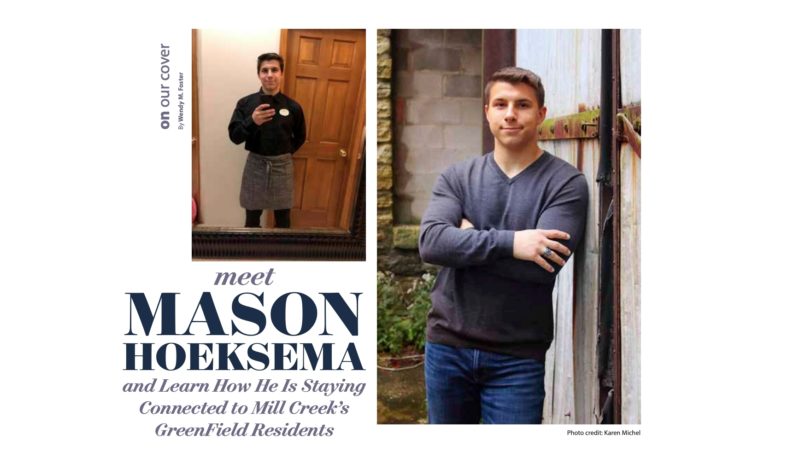 “During mail call, if you didn’t get any mail, it was a downer,” said John O’Connell. The Navy veteran talks from experience. “This goes way back to my mother. She was a letter writer, so that rubbed off on me. I like to send mail, and I like to get mail.”

John is doing his best to help limit the “downer” days that Mason Hoeksema has. While he was a student at Geneva High School, Mason, whose family lives in Mill Creek, worked as a dining room server at GreenFields of Geneva. The senior living community, which is also in Mill Creek, is where John lives with his wife, Miriam. “I talked to Mason early on. I remember him telling me that he had signed up for the Marines. I always was asking about his status, whether he’d heard from them or not,” said John. Mason “got the call” and prepared to leave for boot camp after graduation this spring. “I didn’t get to see him because we were in quarantine,” said John. “I wrote a letter and asked for it to be given to him. That started it off.”

“It” has been a pen pal relationship between Mason and John, as well as a couple of other residents of GreenFields. “After Mason got to San Diego for training and he had a little bit of time, he wrote back, and then we started writing back and forth,” said John. “Early on, he had contracted coronavirus but was okay. He had to be isolated for two weeks. That delayed his training a little bit. The last letter I received, he was waiting to be assigned to his new group.”

A Korean War veteran, John recalled, “I spent time away from home even before being deployed. I knew that letters were important when you’re away from home. Miriam and I were engaged at the time, and we were writing back and forth, so I know the power that letters can have.” John said that he shares the happenings of GreenFields with Mason. “He writes back telling me what’s going on there, and I can relate to some of that. He’s in good spirits. He was in a special program after quarantine. He told me that on the day he was writing, he’d done a three-mile walk with a 60-pound pack and also had done a workout on a treadmill to build endurance. They’re getting him trained up.”

Karen Tomko, life enrichment manager for independent living at GreenFields, has helped coordinate the letter-writing campaign. “Mason is writing back, which is so sweet. He’s very honest about his training being hard. He’s tired, but when he gets a few minutes free, he writes. It’s really touching. He has so little time for himself, and when he does, he writes to the residents. I’ve seen his letters. The chicken scratch makes them so real and from the heart.”

Mason’s mother, Anne, said that Mason’s dedication and enthusiasm for writing letters have been a lovely surprise. Prior to this, she said, Mason had “never written a letter. So we’ve been very pleasantly shocked to see this side of him. It makes a parent know we’ve done something right.”

Anne added, “He’s told us that he feels honored that the residents care enough about him to encourage him. When he worked there, he always wanted to stay and talk with them, and knowing they’re writing means the world to him.”

This is not John’s first foray into pen pal participation. “I’ve written to school children in Geneva, and I’ve done other pen pal writing. In today’s life, there are so few letters in the box, and letters in the box is an important thing if you’re away from home and a little lonely,” John said. “I plan to keep on writing to him indefinitely 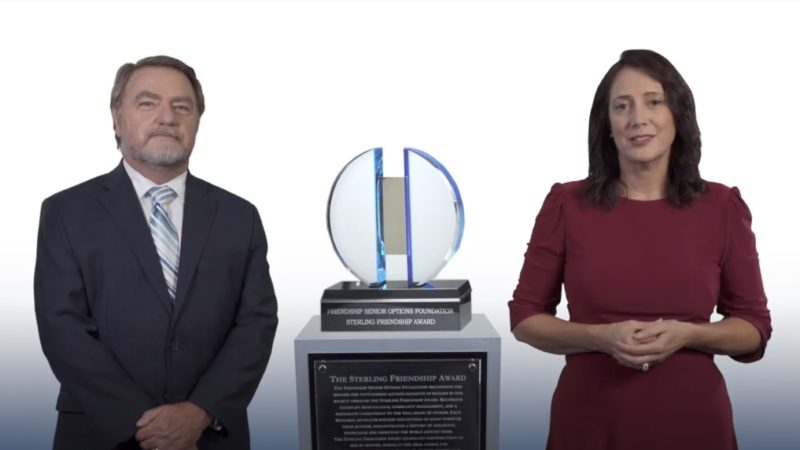