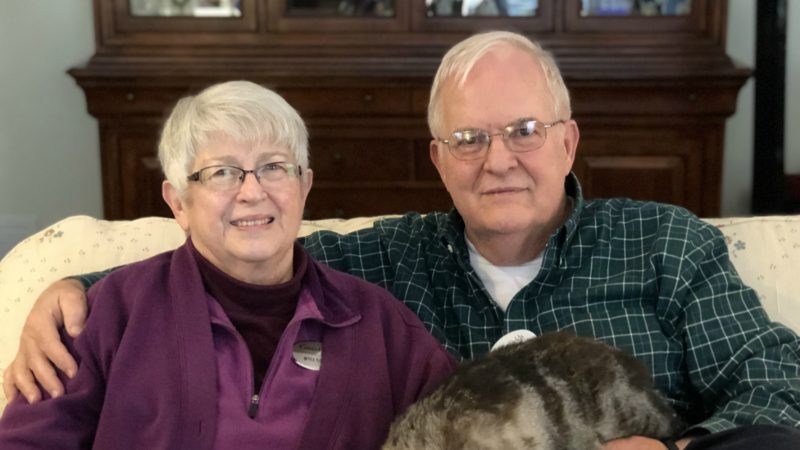 “She was a cougar before it was cool,” said Barry Riskedal of his wife of 42 years, Myra. A self-professed cradle robber, Myra, at 79 years old, is nine years older than her husband and proud of it. The couple is settling into their new apartment at GreenFields senior living community in Geneva.

Myra and Barry lived in Naperville for more than 30 years. Approximately five years ago, they started investigating retirement communities. “We wanted to plan for our future,” said Barry. “We don’t have children, and we wanted to be able to make our own decisions.” They knew that they wanted a Life Plan Community, which offers all levels of care should their health needs change. They only looked at communities with a pet policy, permitting them to bring their two beloved cats.

Myra and Barry decided they wanted to move to GreenFields, which is beautiful, and the perfect size for them. Because the specific apartment models they favored were not available at the time, they joined the community’s waitlist. This permitted them to have the first right of refusal if their favorite models became available. What’s more, it provided a way for them to make friends before moving in. “We were invited to dinner at GreenFields each month, and we were always paired with a couple currently living here,” said Myra. “We met people who’d been here since GreenFields first opened, and also people who’d moved in more recently. It was good to meet them and really nice to hear how much they all enjoyed living here.”

The apartment they ultimately chose to move into was “not on our radar, but it became available. We decided we would like this one,” said Barry of their one-bedroom, den, and 1 ½ bath unit with a balcony. They moved into their apartment in November.

With a passion and talent for music, Barry is still figuring out where to place his three harps, piano, and many music books.

Myra is recovering from surgery but looking forward to being able to participate in activities, including fitness and craft classes. Barry has attended some musical performances and is thinking about gardening this summer. He also works part-time as a church organist, and a therapeutic musician playing the harp at Loyola Medical Center,

“The staff is great,” added Barry. “This was a good move for us. We like it here and are happy not to have the responsibilities of homeownership.” 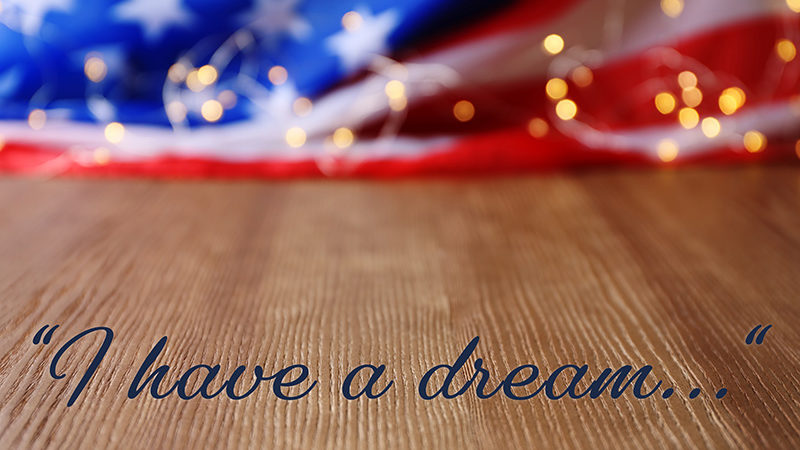 Dreaming Big is Big for Seniors