Brewing Up Relationships
It's About More Than Coffee 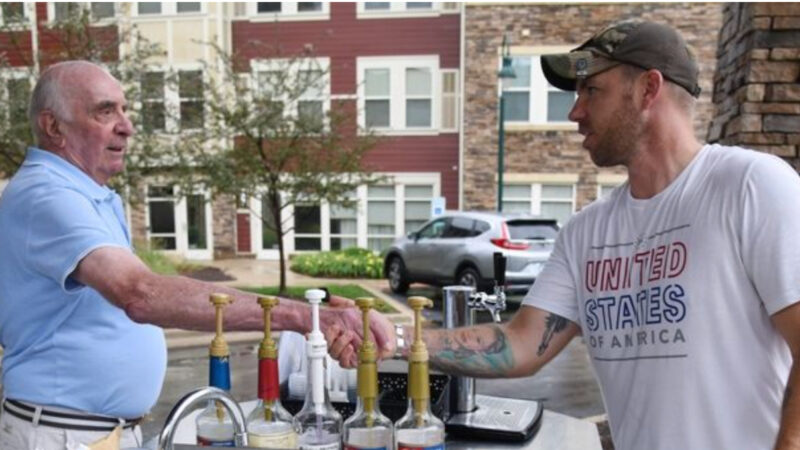 It's about more than coffee.

"I'm ready for my cup of coffee. I usually have one every day," says 93-year-old John Andersen, as he waits his turn in a line outside his home at GreenFields of Geneva senior living community. He could get it in the dining room, "but I want to patronize him, and it's more to talk to someone different."

Andersen and coffee vendor Kelly Swentik are both Army veterans. Swentik, 34, served with the Green Berets in Southeast Asia and did two tours in the combat zones of Afghanistan. He still does training with the National Guard.

Andersen enlisted in 1945 at the end of World War II and spent 14 months in Japan as part of the U.S. occupation. They chat briefly before Andersen, a retired school administrator with two artificial knees and one new hip, walks away with a smile and a freshly brewed coffee with cream and sugar.

"We have a lot of veterans in the community," says Karen Tomko, life enrichment manager for GreenFields of Geneva, who has contracted to bring Swentik to the retirement center twice so far, and plans to use him in a discussion group around Veterans Day. "I heard about his coffee service and thought it would be fun for the residents. They can meet someone from another generation who served their country. And it's good coffee."

Swentik met his wife, Stefanie, in a coffee shop while she was working as a nurse in North Carolina, and he was stationed at Fort Bragg. Many of their first dates were at coffee shops, where they got to know all the drinks.

"Coffee is our thing, what keeps us as parents awake and what keeps our marriage fun!" emails Stefanie Swentik, who now works as an oncology nurse in Rolling Meadows.

Last year, the couple made coffee their business by buying an electric coffee and beverage cart that Kelly Swentik pedaled around the Mill Creek neighborhood where they live with their son, Sawyer, 3, and their 17-month-old daughter, Eloise. Since they nicknamed their son "Soy Boy," and call their daughter, "Lou," they named their mobile coffee service "Soy And Lou On The Go Brew," which can be found on their Facebook page.

"She does all the money and scheduling stuff, and I show up with the coffee," Kelly Swentik says, showing off the attributes of his $6,000, 700-pound cart with hot and cold beverages, plenty of storage, a sink, two beer taps converted to deliver coffee, and an electric motor that also runs off solar power. "It's quite the beast."

Medically retired after 15 years of active duty, Kelly Swentik now is a full-time student at Aurora University, but books the coffee service for community events, weddings, open-houses and other gatherings.

"We know the story. That's another reason we're here. But the coffee is really good," says Luann Lamp, who buys drinks with her husband, Earl Lamp, both 84.

"I came to support his effort," says 86-year-old Helen Meints, whose late husband, Don, served in the Navy. "It's just another way we can support military people."

When Swentik pedaled his coffee cart to the senior living community around Memorial Day, he brought a cup of coffee to an older man, who happened to be a World War II veteran and couldn't make the trip from his patio.

"We sat there almost an hour talking," Swentik says.

An all-state pole vaulter in high school, Swentik won the Washington state title with a vault of 16-feet-2-inches his junior year and had scholarship opportunities for college. "Once 9/11 happened, I knew I was going to join the Army," he says, adding that he got a degree in human resource management through the military. Swentik also has a daughter, Aubry, 12, and a son, Gabe, 8, from his first marriage.

"He makes something nice and sweet. I don't know what it's called, but I'm having that again," says 84-year-old Joane Blatt, who buys drinks with her friend, Norine Heinz, also 84.

"We're helping a friendly person," says Heinz, who moved to the community from her home in Arlington Heights.

They, as do many people, leave a healthy tip.

"I try to tell them I don't need it, but they insist," Swentik says. "They are very generous."

Story by Burt Constable in the Daily Herald 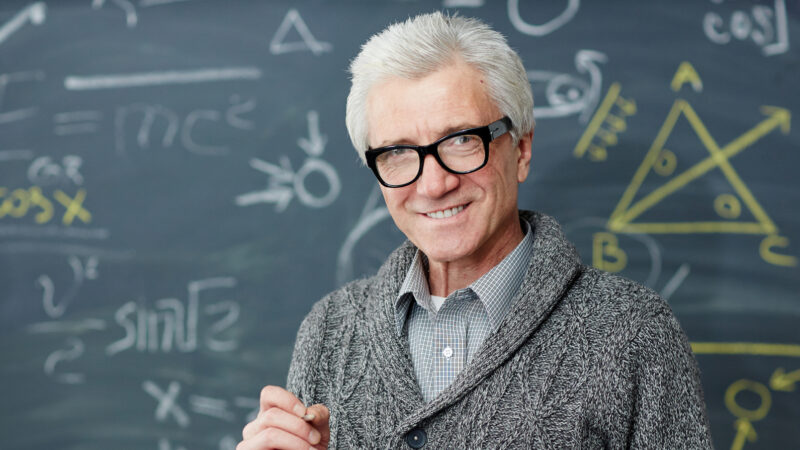