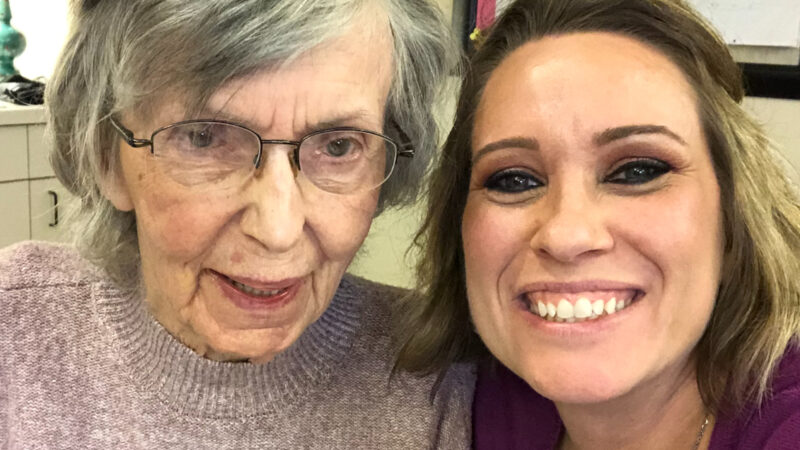 The very best partnerships benefit both parties. Such has been the case with the collaborative efforts between the lifestyles team at GreenFields of Geneva senior living community and the Therapeutic Recreation Program at Aurora University.

Kristen Johnson, an associate professor of the program at Aurora University, explained that therapeutic recreation is focused on “helping people with disabilities to achieve their best quality of life through recreation activities. It makes sense for that to include older adults with cognitive or mobility issues.” Aurora University’s program, with 50 students, is the second-largest in Illinois. Students have the opportunity to become Certified Therapeutic Recreation Specialists.

Julie Jug, a resident of Sugar Grove, is the manager of lifestyles for Reflections Memory Care, Willows Assisted Living, and Briarwood Healthcare Center at GreenFields. In that role, she is responsible for ensuring that the residents are active and involved. While not a prerequisite and certainly not the rule in senior living, Julie’s degree and certification in therapeutic recreation means that a uniquely qualified individual is in charge of promoting independence and engagement, especially among the residents who have cognitive and or mobility issues. “Not many senior living communities have lifestyles team members who have this type of experience, and our residents certainly benefit from Julie’s extra level of expertise and commitment,” said Tony Madl, executive director of GreenFields.

In 2019, Julie reached out to Aurora University to coordinate an internship with students to assist her while also learning about senior living. “Before COVID, groups of students from the program would come to our community with a planned activity such as arts and crafts projects for the residents,” she said. The intergenerational interaction was valued by the residents as well as by the students.

During COVID-19, visitors to GreenFields were suspended, resulting in potential isolation, not only for the residents but also for the Aurora University students who were participating in virtual learning. “Not only were the seniors facing a potentially significant decline but also, from my standpoint, my students were lonely. We are known for being an experiential program, so we set about identifying something that would be helpful for students and the seniors. Recreation in a virtual format presented the possibility for a win-win environment,” Kristen said. “We created a life stories program. Students designed four live-interview sessions with individual residents that were conducted via Zoom. The students would ask questions about the residents’ childhoods, adolescence, careers, hobbies, etc. The seniors got to reminisce about their childhoods and tell the younger generation their stories. Students found it to be interesting and informative to spend time with the seniors. The students were so engaged.”

There were some incredibly touching stories. “One of the students who is a Navy veteran connected with a resident who is also a Navy veteran. At the end of the program, the resident was crying because he would miss the student so much. The student decided that he’s going to take the resident fishing because it’s an activity they both enjoy,” Kristen said. “Another of the residents worked as a resource librarian at Aurora University for many years. She actually went to a college that had closed down to collect all of their therapeutic recreation resources to help kick start the program at Aurora. She as so pleased about the connection.” After the program, one of the residents at GreenFields decided that she would write letters to her grandson so that he’d have a record of her life.

Kristen said that the program allowed her students to see into this special generation and “learn about what life was like decades ago.”

Furthermore, Kristen said, it opened up the opportunity for the students to consider working in senior living when they graduate. “They all start the program thinking they’ll work with kids. And the end of the sessions with GreenFields, a lot of them said, ‘I hadn’t thought about working with seniors, and now I’m really interested in this. Julie and GreenFields have helped to expand that thought process.”

She added, “They know they’re part of a really important chapter of these seniors’ lives, and they’ve had a significant impact. That’s the power of human connection.”

Kristen concluded, “What better person to work through than Julie. She’s compassionate and has an energy that’s contagious. Our students are naturally attracted to someone like that. You want people in this industry to have that passion.” 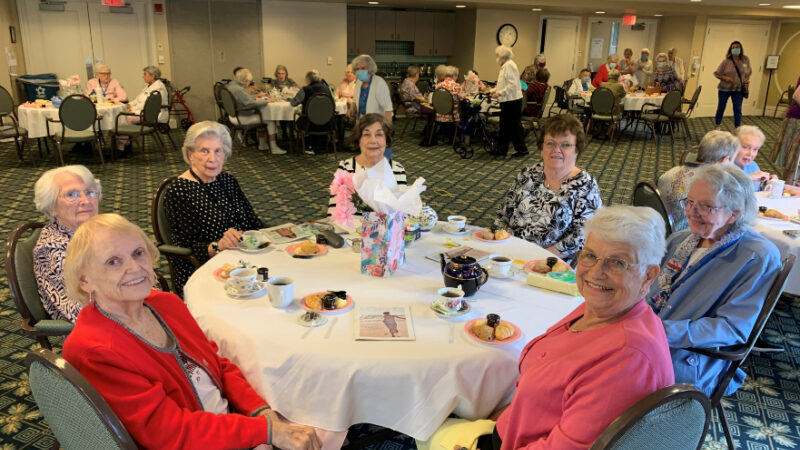