Putting the 'Green' in Greenwald and GreenFields 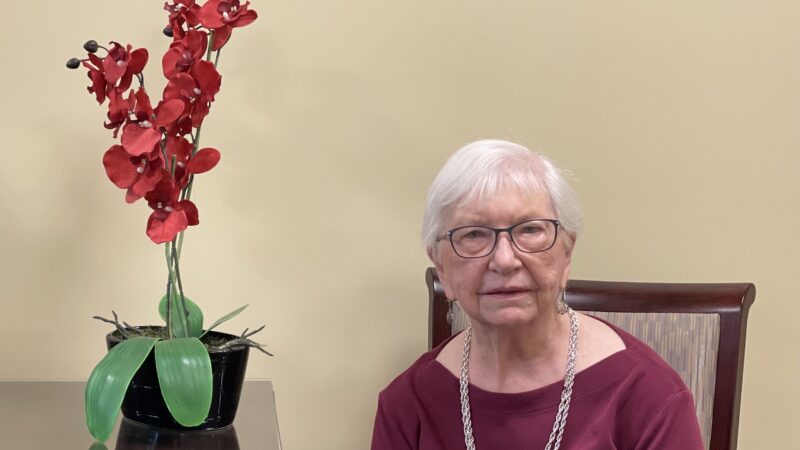 She started well before it was trendy or cool. Barbara Greenwald traces her passion for recycling back to the 1930s. The resident of GreenFields of Geneva said that she started repurposing and reusing when “things were sparce. During the Depression, we didn’t have much and were very frugal. We didn’t throw things away. I’ve always maintained an interest in that.”

When Greenwald moved to GreenFields six years ago, she noticed that there were many residents who picked up their meals from the restaurant in a Styrofoam container and plastic bag. “I said to one of the staff that the plastic bags and Styrofoam containers weren’t being recycled. She told me, ‘you can’t recycle Styrofoam,’ and I said, ‘oh yes, you can. I’ve been doing it for 15 years. I’ve been driving to a plant in North Aurora.’”

Greenwald said that it launched the senior living community-wide change in thinking about the process of dealing with recycling.

There was a Boy Scout at the time who was looking for an Eagle Scout project. He built a bin for recyclables in the GreenFields garage to collect Styrofoam before it could be taken to North Aurora. That didn’t work, Greenwald recalled. “People didn’t want to walk from their apartment, so it sort of fell apart, and that bothered me. I knew there had to be an easier way to get things to North Aurora. On sleepless nights, I’d think of ideas, like having something in each of the ten refuse rooms in independent living. I asked for shelving for recyclables, a bin under the shelving for large packing foam, and a bin for the Styrofoam recycling garage in North Aurora. We got two teams of residents together. One monitors each refuse room. The other team of four men takes it to North Aurora. It works very well. It took a while to get people into the mindset, but that’s what we did.”

Greenwald said she also seeks to teach people about recycling. “In our weekly activities calendar, there is a column called Did You Know? I glean information from Kane County’s recycling flier, and it answers questions such as, ‘if you have something that can’t be recycled, what should you do with it?’ As a result of that, we’ve started gathering ink cartridges that people had been throwing away. There’s a place for that. We take it to Best Buy or Office Max. It doesn’t take much effort.” She said they also recycle batteries and lightbulbs.

During the shelter in place mandate for COVID, Greenwald said that the quantity of Styrofoam used increased exponentially. “I figured we had almost 7,000 items over a ten-month period. We used it a lot. Just about everybody participated in our recycling efforts which was really nice.” She has also gotten the kitchen staff to participate.

Greenwald said that many residents are more conscious about recycling now and “treat me like I’m some sort of guru. I will find information for what I don’t know and pass it along. People appreciate it.”

In addition to her recycling efforts, Greenwald is involved in the senior living community’s lifelong learning committee and fitness classes. “When I was living in my house, I’d have to get in the car and go someplace for these things. Here I walk downstairs. It’s very good for me.”

Greenwald said she enjoys the dining service, the staff and the residents at GreenFields.” I Have a good group of friends and a lot of great ways to stay busy.” 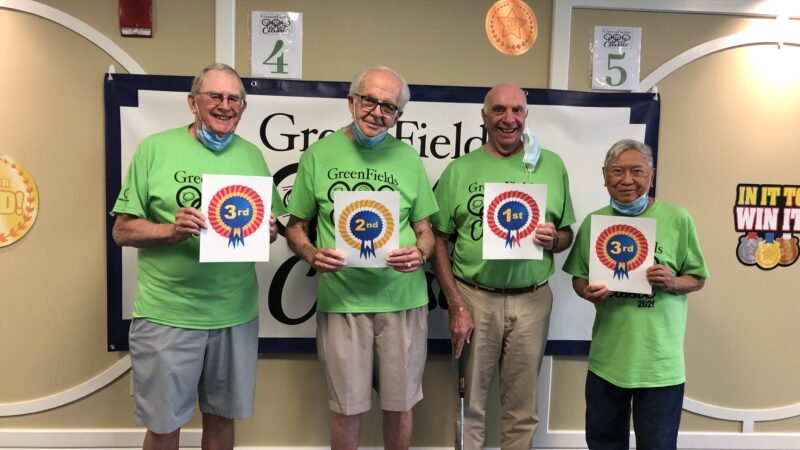 Going for the Gold at GreenFields