Resident's Beautiful Paintings On Exhibit at GreenFields of Geneva 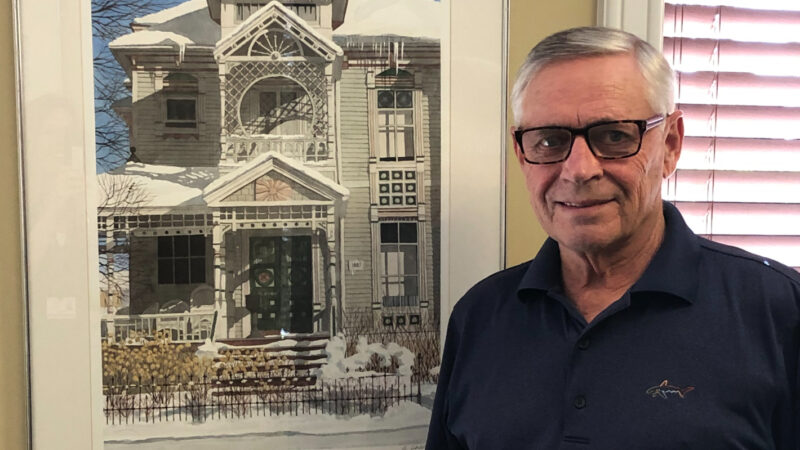 He’s exceedingly humble and exceptionally talented. Charles (Chuck) Cassell, a GreenFields of Geneva resident, is a gifted watercolor artist in his retirement years. Prior to that, he was a successful architect in the Chicagoland area.

Chuck and his wife Penny moved to the Geneva senior living community from Elgin earlier this summer. Chuck, who had served as chairman of the board of directors for GreenFields and its parent organization Friendship Senior Options for more than a dozen years, said the selection of GreenFields was pretty much a foregone conclusion. “It’s a really caring organization. When they use the word ‘friendship’ in the name of FSO, they really mean it. It’s a very welcoming organization.”

Chuck was encouraged to join the board of directors when FSO was starting an expansion. A retiring colleague thought an architect should be on the board, and Chuck was asked to join. “It was a whole new industry for me. I had the time and thought it was exciting. I found there were wonderful people and a great organization,” he said. “To this day, some of the people with whom I worked remain my closest friends.”

Years ago, when Chuck’s father moved to a retirement community, Chuck said he knew that he and his wife Penny would do the same one day. “That experience meant that I didn’t have to worry about my dad; that he was okay and would be taken care of,” he said. “Our three daughters live out of state, and Penny and I are planning ahead. We feel like we made the right decision to move here when we’re young enough to enjoy all it has to offer. It’s been everything we hoped it would be.”

Chuck is an avid golfer, and GreenFields is ideally nestled between two top-rated golf courses, Tanna Farms and Mill Creek. Sweetening the deal even more, is the fact that GreenFields has negotiated a deal in which its residents are invited to golf free two days/week on both courses.

In addition to golf, Chuck’s other retirement passion is his artwork. He took a required watercolor and freehand drawing class many years ago as part of his curriculum at the University of Illinois. He recalled, “I enjoyed it and remember thinking that this was something I would like to spend more time doing.” Now, during his retirement, it has become something in which he excels. Working from photos he shoots, Chuck paints landscapes, portraits, buildings, and more. “When we travel, I’m always on the lookout for something to photograph,” he said. Living in Geneva has been inspiring to him and provided ample material for his creativity. “Right now, I’m doing a collage of buildings in Geneva,” he said.

In addition to being talented, he’s prolific and generous. His works grace public and private exhibits and peoples’ homes. He gives paintings to loved ones and friends, and also donates some for fundraisers. “I feel like an adoption agency. I’m always looking for a good home for my work. It’s often auctioned. I’ve donated more than 100 paintings in the last 20 years,” he said. 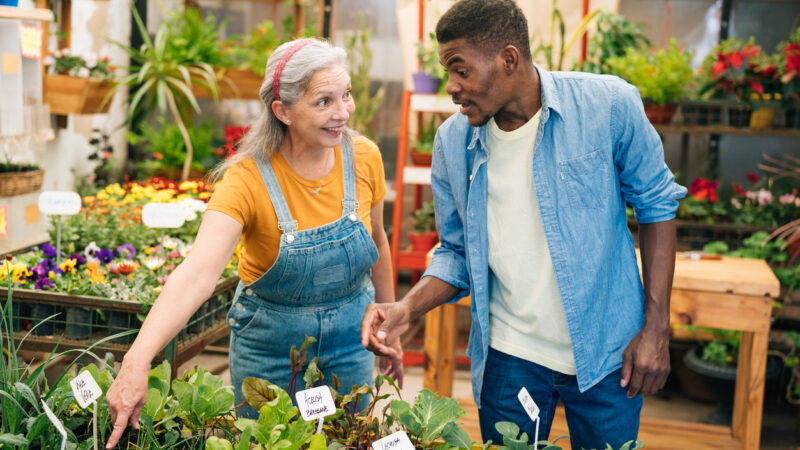